Super corals from extreme reefs can acclimatise to temperatures much lower than their natural environment but struggle to cope with their home reefs becoming hotter due to climate change, according to a global research team led by the ARC Centre of Excellence for Coral Reef Studies at The University of Western Australia.

Coral bleaching occurs as the result of abnormal environmental conditions, such as heightened sea temperatures that cause corals to expel tiny photosynthetic algae, called ‘zooxanthellae’. The loss of these colourful algae causes the corals to turn white, and ‘bleach’.

While lack of adaptability in hot environments is bad news for reefs suffering from bleaching and mass die-offs, the study, published today in Nature Communications,provides hope that super corals could one day help restore some degraded reefs in colder areas.

“Although initially displaying signs of cold stress, the corals were able to remain healthy and acclimatised rapidly to the cooler temperatures within a four month period,” Dr Schoepf said.

“Critically, the corals also did not lose their heat tolerance, despite growing under much colder temperatures. This means that we can potentially use stress-resistant Kimberley corals to restore reefs further south in WA if they become impacted by bleaching.”

However, the study ran over nine months in the lab so it will be important to test this in the field and look at whether the corals can maintain their health over time and adapt long-term in their new environments.

Dr Schoepfsaid in contrast, corals exposed in the aquaria to ocean warming expected to occur over the next few decades were not able to increase their heat tolerance, suggesting they will struggle in their already hot home reefs under continuing climate change.

“When temperatures exceeded their normal summer temperatures, they experienced a sort of ‘heat stroke’ which resulted in a 17 to 46 per cent colour loss from bleaching, and compromised their health,” she said.

Kimberley “super corals” are among the toughest corals in the world, thriving despite the world’s largest tropical tides (a tidal range of more than 10 metres) and extreme temperature swings on a daily basis. Although they are well adapted to their extreme and hot environment under current conditions, climate change might overwhelm their stress tolerance.

“The inability of even some of the toughest corals in the world to cope with extreme rising temperatures is concerning,” Dr Schoepf said.

The findings have important implications surrounding the ability of corals to aid growth in areas where marine heatwaves and bleaching events have reduced coral abundance.

“In the context of human-assisted translocation, the positive outcome is that corals transplanted into cooler reefs have a greater capacity to cope with heat stress,” she said. 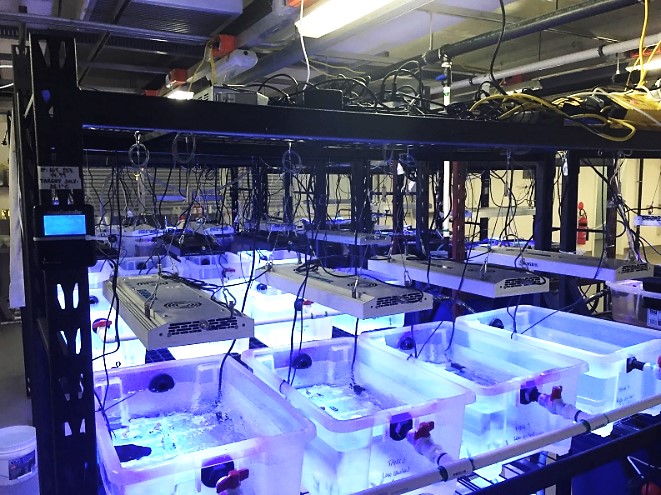