Researchers from The University of Western Australia are part of an international collaboration that has examined the impact of bleaching on coral reefs over the past 20 years and, in particular, the impact of the most severe global bleaching event to ever be recorded in 2016.

Coral bleaching occurs as the result of abnormal environmental conditions, such as heightened sea temperatures that cause corals to expel tiny photosynthetic algae, called ‘zooxanthellae’. The loss of these colourful algae causes the corals to turn white, and ‘bleach’. Bleached corals can recover if the temperature drops and zooxanthellae are able to recolonise the coral, otherwise the coral may die.

In the research published in Nature today the UWA scientists looked specifically at the effect on WA reefs from the 2016 event.

UWA researcher Dr Verena Schoepf  from the ARC Centre of Excellence for Coral Reef Studies and the UWA Oceans Institute said the 2016 event was the third global bleaching event ever to be recorded and was not only triggered the worst bleaching event in the history of the Great Barrier Reef, but also severely affected coral reefs in northern WA.

“As part of the study we conducted aerial and underwater surveys across WA in 2016 in areas including inshore Kimberley reefs, the Ningaloo Reef, Rottnest Island reefs and reefs along the southern coast,” Dr Schoepf said.

Dr Schoepf said Kimberley coral reefs were extremely unique because they experience the world’s largest tropical tides which cause extreme swings in temperature.

“Although this makes Kimberley coral stress-tolerant it does not make them immune to climate change and extreme heat,” she said.

UWA researcher Professor Ryan Lowe from the ARC Centre of Excellence for Coral Reef Studies and the UWA Oceans Institute said that while many Kimberley reefs were severely affected, the good news is that other more southern coral reefs in WA were not affected by bleaching, including the World Heritage Ningaloo Reef.

“Our research showed that while the northwest was warmed by the unusual weather conditions associated with El Niño, ocean processes such as ocean mixing and a weaker Leeuwin Current helped reduce the temperatures for some reefs in the region and limited bleaching,” Professor Lowe said.

“Studying WA reefs is important because they are incredibly unique compared to other reefs across the world. Some of our reefs experience the world’s largest tropical tides, we have Australia’s largest fringing reef (a reef close to shore) and most of our reefs are further away from major population centres which reduces human impact.”

The scientists hope their research will help increase international understanding of how reefs are impacted by climate change and the ways we might be able to preserve them. 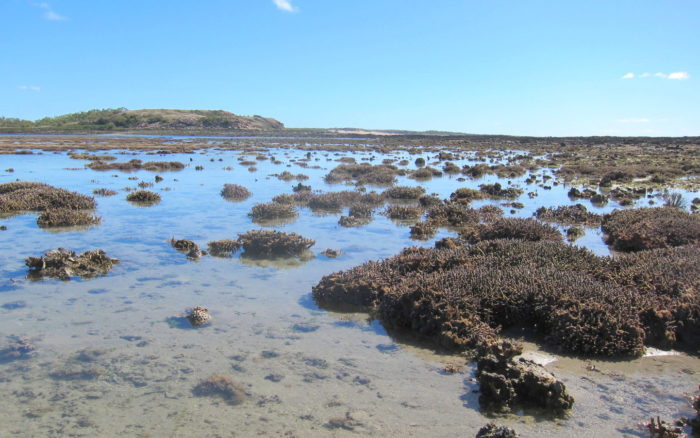