Our research is focused on developing and utilising geochemical proxies to track environmental change in the oceans in time and space. Isotope and trace element records, extracted from the skeletons of marine calcifiers in particular (e.g. corals, sclerosponges, foraminifers, coralline algae) that can inhabit shallow waters to deep-sea environments, are used to determine how climate and anthropogenic processes have influenced our oceans over recent and geological timescales. Integral to this work, is studying biomineralisation processes, and how they influence the geochemical compositions. 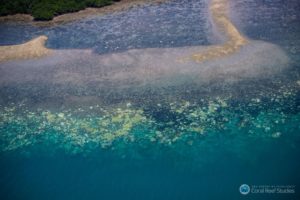 Shallow water coral reef environments are facing threats from both CO2 driven ocean warming as well as ocean acidification. State-of-the-art geochemical proxy studies of long-lived massive corals, sclerosponges, as well as foraminfera, are used to track long-term changes in temperature and carbonate chemistry (ie pH, carbonate ion) of reef-waters from a range of environments. These studies aim to identify and characterise both longer-term changes as well as extreme coral bleaching events to provide insights into coral recovery, as well as the frequency and longer-term impacts accompanying these events. Understanding the vulnerability of coral reef habitats that occur along Australia’s and especially Western Australia’s extensive coastline is of paramount interest.

Field monitoring of bleach-affected shallow water coral reef sites are being undertaken and experiments are being conducted to understand the controls and thresholds of coral bleaching of particular species, and thus the survival of coral reefs under extreme conditions. Coral reef environments include the tidally extreme tropical environment of the Kimberley down to the temperate reefs of southwestern Australia, where environments are moderated by the warm and southwards flowing Leeuwin Current.

Calcification and Biomineralisation in Changing Oceans 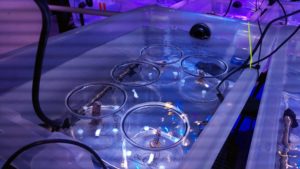 The ecology and geochemistry of a variety of marine calcifiers across the Western Australian coast (Kimberley, Exmouth, Abrolhos Islands, Perth, and Albany) are being studied to understand the influence of climate change on the calcification process. In-situ field studies are complemented by controlled experiments within laboratory flumes and mesocosms, in the purpose-built Watermans facility north of Perth (see Facilities). 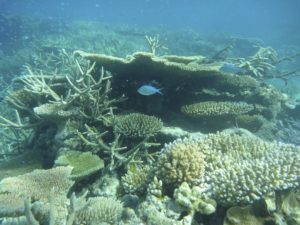 Australia’s coastal zone contains some of the planets most spectacular and unique environments, with many such as the Great Barrier Reef being recognised as having World Heritage value.  However, even those coastal environments, which had been previously considered as relatively pristine and isolated, such as Western Australia’s Ningaloo Reef and Kimberley region, face growing risks including those posed by large oil and gas infrastructural projects in the North West.  Furthermore, all of Australia’s major capital cities are coastal, with nearshore waters being subject to a growing range of pollutants from ever-increasing urbanisation and industrialisation. To meet these expanding range of threats we are developing new classes of ‘naturally occurring’ proxies to monitor both event-based pollution and longer-term progressive increases of toxic chemical elements within the costal environments. This includes quantifying element-specific uptake rates of marine pollutants during biomineralisation of marine calcifiers in particular. The aim is to develop novel and robust approaches (including geochemical tracers/proxies) for assessing and monitoring anthropogenic pollution of shallow marine ecosystems, such as coral reefs and seagrass meadows. 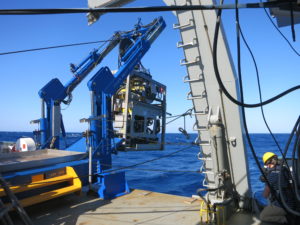 Geochemical proxy records extracted from deep-water coral skeletons are being used track environmental changes in intermediate to deep waters in space and time. A wide range of geochemical tools (including U-Th, 14C, εNd, δ13C, δ15N, Li/Mg, B/Ca, Ba/Ca, U/Ca) are being used to understand ocean-climate interactions at local and regional scales between the southeast Indian Ocean (Perth Canyon) and Antarctica. The aim is to characterise changes in ocean circulation patterns, climate trends, and carbon flux during recent (anthopogenic and pre-industrial) times and through the last glacial-interglacial cycle (~30-15 ka), in order to understand the drivers and long-term responses in Earth’s ocean-climate system during periods of major climate change. 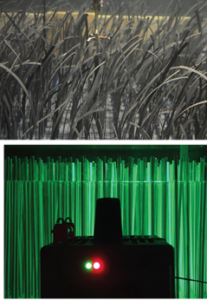 Coastal canopies are vitally important ecosystems that provide a wide range of ecological services, including oxygen production, sediment stabilization and trapping and recycling of nutrients.
The extent of these ecosystem services as well as health and productivity of coastal canopies tightly limited by wave and hydrodynamic conditions around them; and in specific, mixing and transport of materials across the canopy boundaries. Due to complexity of morphology and hydrodynamic conditions, numerical modelling of these systems are inevitably difficult and there are numerous limitations for accurate and “under-control” field measurements. We design dynamically-scaled models to mimic the behaviour of real canopies and expose them to a wide and realistic range of experiments to understand the bio-geophysical interactions in these environments. Our unique and highly developed measurement technologies, including non-intrusive 2D and 3D image processing techniques, allow high-resolution time- and spatially-variable measurements around canopy boundaries.